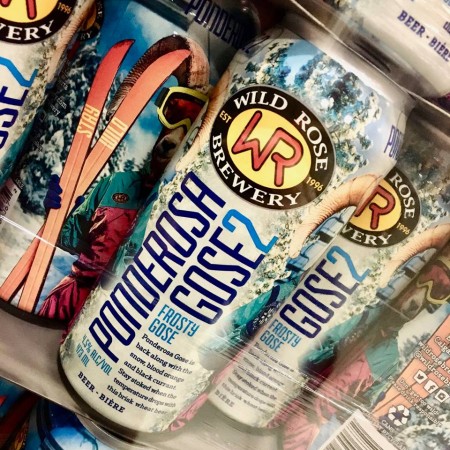 CALGARY, AB – Wild Rose Brewery has announced that a winter version of favourite summer seasonal will be released later this week.

Ponderosa Gose 2 (4.5% abv) is a companion to the brewery’s Ponderosa Gose that is available through the spring and summer months. While the original version is a “Tropical Gose” brewed with passion fruit, the new version is a “Frosty Gose” flavoured with blood orange and black currant.

Ponderosa Gose 2 will be released on Thursday January 10th, and will be available at Wild Rose and select locations throughout Alberta.