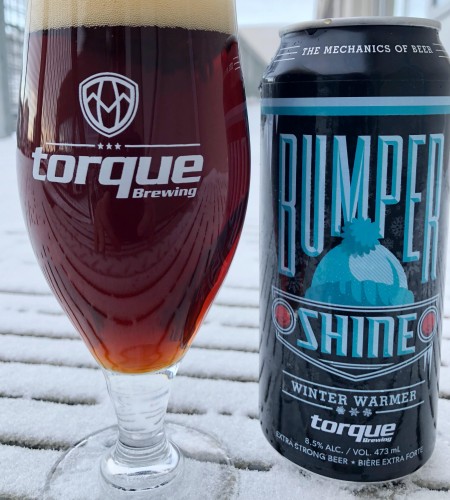 WINNIPEG, MB – Torque Brewing has announced the return of its annual winter seasonal release for another year.

This winter favourite offers up flavours of cloves, nutmeg and cinnamon. Sweet on the finish this beer is great after a day of skiing or just hanging out on a snow filled deck.

Bumpershine is available now in 473 ml cans at Torque and select beer retailers in Manitoba.