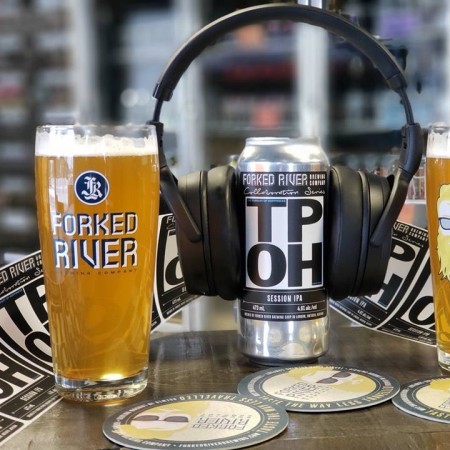 LONDON, ON – Forked River Brewing has announced the release of a new beer that pays tribute to an iconic Canadian rock band.

The Pursuit of Hoppiness (4.8% abv) is a session IPA named in honour of The Pursuit of Happiness, who are currently on tour to mark the 30th anniversary of their classic debut album Love Junk.

Love hops? Pouring with a “beautiful white” head, this session IPA showcases the many flavours and aromas of the SEVEN different hops used in this beer. Dry, with citrus aromatics and a clean resiny hop finish and 4.8% abv so you can enjoy a few while you bust out the TPOH tapes and CDs!