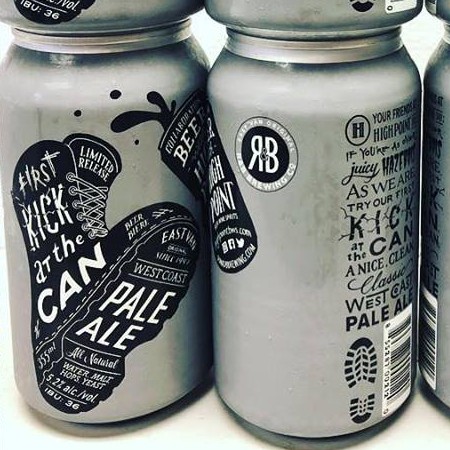 VANCOUVER, BC – R&B Brewing has announced the release of a new beer created in collaboration with High Point Liquor Store.

The recipe for this one time brew was a collaboration with High Point Liquor Store and the brewing team at R&B. Together they created this West Coast style pale ale that has a prominent hop flavour & aroma and a balanced bitterness with a sessionable yet refreshing finish. Brewed with Chinook, Citra, Cascade, Mosaic and El Dorado.

First Kick At The Can is the first in a series of collaborations that High Point will be brewing with East Vancouver breweries. It’s available now in 6×355 ml cans at R&B and High Point, and on tap at R&B and select craft beer bars.