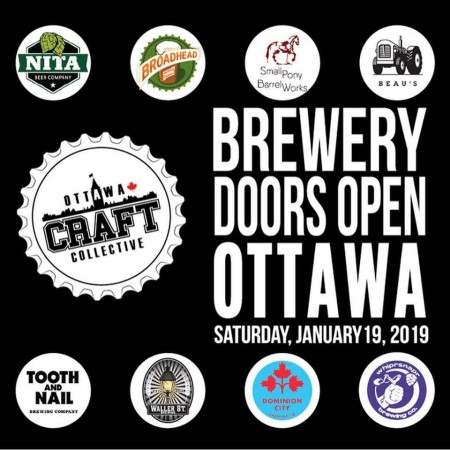 OTTAWA, ON – Eight breweries in Ottawa and surrounding area have announced plans for a collaborative brewery tour event later this month.

For more information on the tour times, prices where applicable, and other details, see the full announcement.