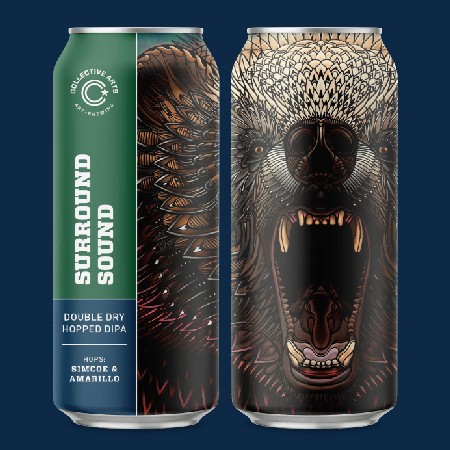 HAMILTON, ON – Collective Arts Brewing has announced the release of the latest edition in its quarterly series of double-dry-hopped double IPAs.

Surround Sound DIPA: Simcoe & Amarillo (8.2% abv) is described as having “brilliant notes of mandarin citrus, with pleasant undertones of tropical fruit and pine thanks to a huge 20 g/L dry hop dosing of Simcoe and Amarillo hops.”

The new version of Surround Sound is available now at the Collective Arts retail store, with distribution to select markets in Canada and the US to follow soon.