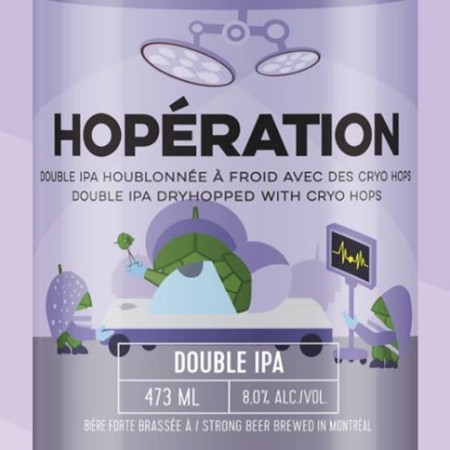 Hopération (8% abv) is Double IPA that has been dry-hopped with cryo hops, and is described as follows:

This beer is about cryogenics. Handling our hops at cold temperatures makes it easier to transplant flavour for (hop)perfection. We are more than excited to introduce our balanced & delectable DIPA to the world!

Hopération will be launched at the brewery on Friday January 25th. For more details, see the Facebook event listing.