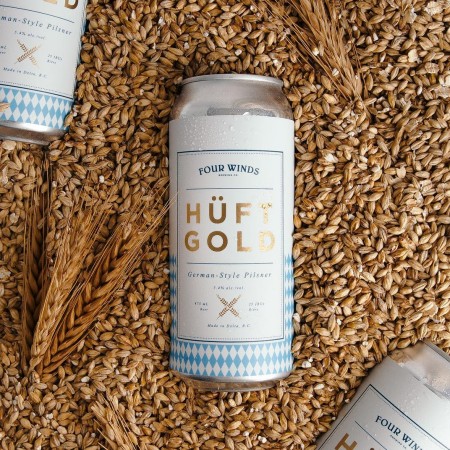 DELTA, BC – Four Winds Brewing has announced the return of a beer that had a popular brewery-only debut last autumn, and is now available more widely.

Hüftgold is available now in 4-packs of 473 ml cans and on tap at Four Winds, with distribution to select private liquor stores to follow next week.