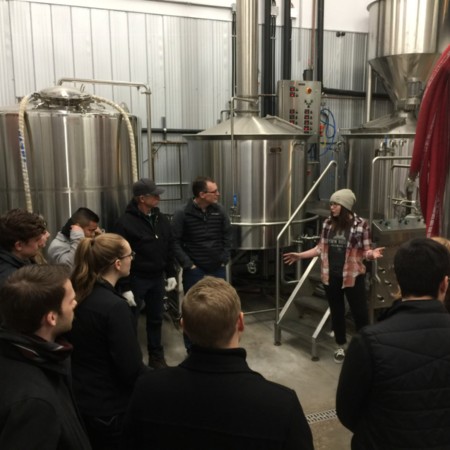 EDMONTON, AB – Canadian Craft Tours, a Vancouver-based company specializing in brewery and winery tours in British Columbia and Alberta, has announced an expansion into another city with the upcoming launch of its Edmonton Brewery Tour.

Starting on Saturday January 26th, public and private tours will be offered on a regular basis. Each 3-to-3.5 hour tour will include round-trip transportation and visits to three Edmonton breweries, with at least one behind-the-scenes brewery tour, and specially selected 4 x 4 oz tasting flights at all three stops.

For more details and to reserve tickets to upcoming tours, see the info page on the Canadian Craft Tours website.