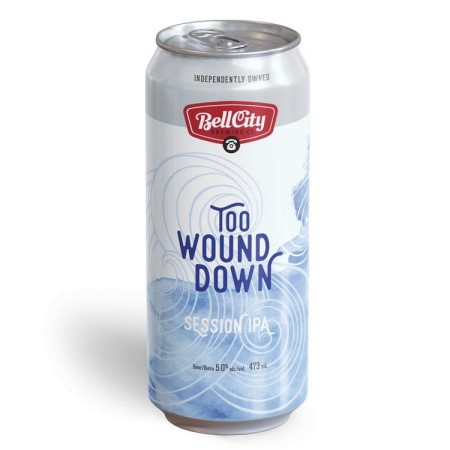 BRANTFORD, ON – Bell City Brewing has announced the launch of a new brand at the brewery, with wider distribution to follow soon.

Too Wound Down Session IPA (4.7% abv) is described as follows:

Beautiful fresh clean hop aroma with a mango and peach aroma coming from Rakau, Azzaca and lots of Citra dry-hopping! No fruit added in this one! Light light body, light bitterness on the finish. Fantastic malt character coming from the Munich malt which gives almost a biscuity or cereal favour.

Too Wound Down is available starting today (January 25th) in bottles and on tap at Bell City, with 473 ml cans coming to LCBO stores in March.