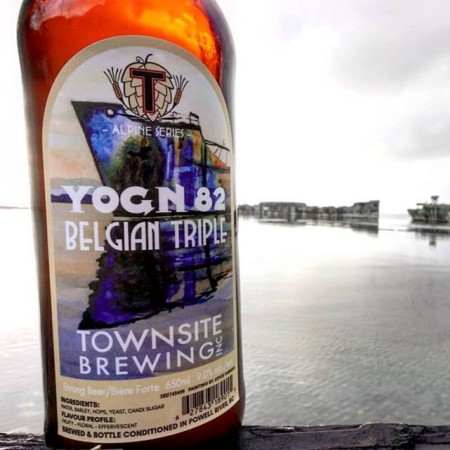 POWELL RIVER, BC – Townsite Brewing has announced the continuation of the Alpine Series – a series of beers inspired by the outdoor recreation surrounding the brewery’s community of Powell River – with the return of a beer previously available in an earlier series.

YOGN 82 Belgian Triple (9% abv) was originally released in 2013 as part of a set of beers inspired by The Hulks, a group of decommissioned concrete ships that make up a floating breakwater in the Powell River near the brewery.

Following a return visit last year, YOGN 82 is now back under the Alpine Series imprint. It’s described as having “a beautiful floral hop nose from the Styrian Golding hops,” and as being a “citrus gem with a nice thick head on top.”