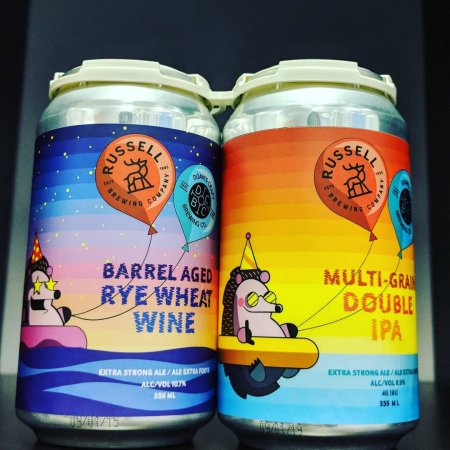 SURREY, BC – Russell Brewing has announced the release of a new 4-pack featuring two beers created in collaboration with Doan’s Craft Brewing.

Multi-Grain Double IPA (8.9% abv) has been “brewed with a malt bill of wheat, corn, spelt, barley, rye, and rice then dry hopped with Simcoe, Amarillo and Ella,” resulting in a beer with “notes of mango, pine and citrus.”

The 4 x 355 ml cans pack will be available at select liquor stores in British Columbia starting this week.