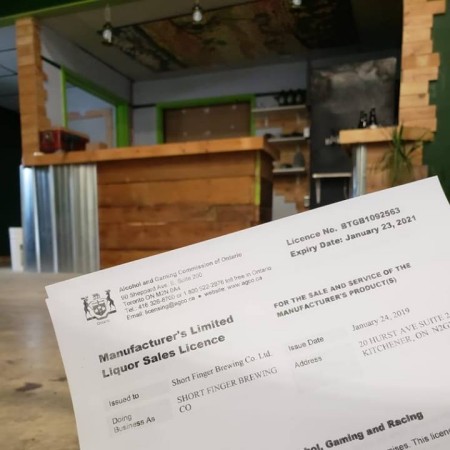 KITCHENER, ON – Three-and-a-half years after opening as a homebrew supply shop, and just over half a year after launching an onsite nanobrewery, Short Finger Brewing has announced that it will be opening a taproom later this week.

As noted in the announcement:

We don’t have furniture yet (it’s coming), and we’re still using our old yeast fridge to serve draught, but so what? The main thing is, we have all of the necessary licenses in place and plenty of beer that we’re excited to pour into glasses for you.

The taproom soft opening will be taking place Friday February 1st upstairs at Short Finger (20 Hurst Ave., Kitchener) starting at 4:00 PM. More details will be announced throughout the week on the Facebook event page.