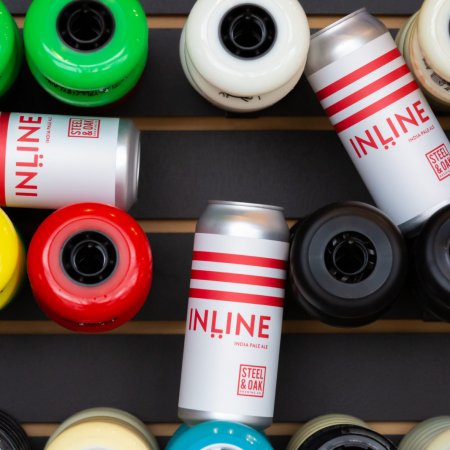 NEW WESTMINSTER, BC – Steel & Oak Brewing has announced the release of the latest in its rotating series of limited edition IPAs.

Inline IPA (7% abv) was inspired by “the big, aromatic, clear, and relatively dry IPAs” that are popular in San Diego, and is described as follows:

It’s full of Simcoe and Amarillo with notes of citrus, melon, and peach. It packs a punch. Finishing bright and crisp with a refreshing bitterness.

Inline was originally going to be called Rollerblade in honour of Dr. John Kitchin – aka Slomo – who spends his days skating in slow motion along the San Diego boardwalk. But since Rollerblade is the name of a specific brand of inline skates, Steel & Oak changed it at the last minute to the non-trademarked option to avoid any legal difficulties.