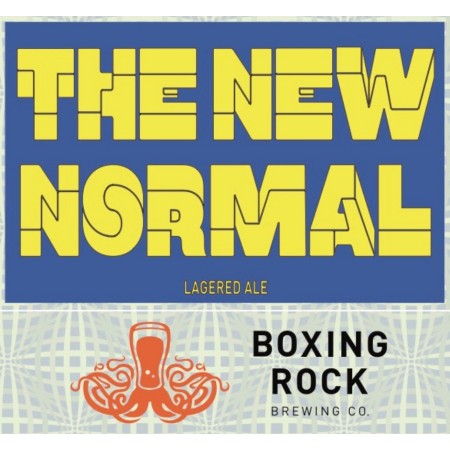 SHELBURNE, NS – Boxing Rock Brewing has announced the release of a new beer aimed at those who find some of the over-the-top trends in craft brewing a little too much to take.

The New Normal (5% abv) is described as follows:

This is not just any beer. In fact, it is not your normal craft beer at all. We decided to take out a lot of the stuff that many “normal” craft beers include. Forget dank, resinous and citrusy. Forget piney, earthy and grassy. Forget fruity, tropical and hazy. Say hello to crystal clear, crisp and incredible. It’s not just yellow fizzy stuff. It’s beer that tastes like….beer! Say hello to The New Normal (lagered ale). We hope you enjoy it!

The New Normal is available now in 650 ml bottles at Boxing Rock locations in Shelburne and Halifax.