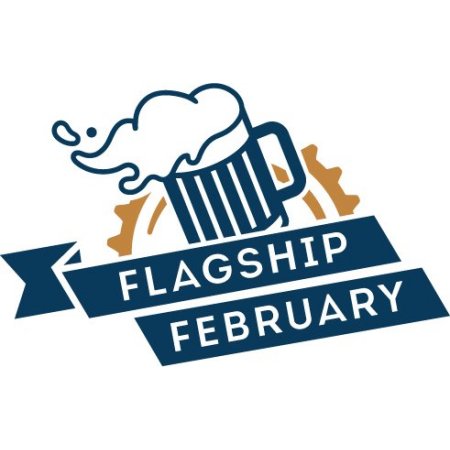 TORONTO, ON – A month-long celebration of “the flagship beers that got us here” is kicking off today, with a number of Canadian breweries and bars taking part.

Flagship February was inspired by a tweet posted in early January by Toronto-based beer writer Stephen Beaumont, who casually suggested that beer drinkers should take a month in which they “focus […] on drinking faves from the early years, not necessarily exclusively, but frequently”.

How about, in the spirit of alliteration, how about we make next month Flagship February!?! The focus would be on drinking faves from the early years, not necessarily exclusively, but frequently. The brands would get a boost and drinkers would be reminded of what got them here.

With support from fellow beer writer Jay Brooks and creative agency Porter Hughes, as well as other writers and media outlets, the idea quickly blossomed into an official happening, and breweries and bars worldwide started signing up to offer events, discounts, and other promotions throughout the month.

Canadian breweries currently signed up to participate include Beau’s, Beyond The Pale, Common Good, Cowbell, Great Lakes, Henderson, People’s Pint, Radical Road, Spinnakers, and Vancouver Island, with a number of bars and restaurants across the country also planning to take part.

In addition to listing the participating establishments, the Flagship February website will also feature daily essays from 28 different beer writers, each focused on a different flagship beer. The series is launched today with Stephen Beaumont’s thoughts on Samuel Adams Boston Lager.