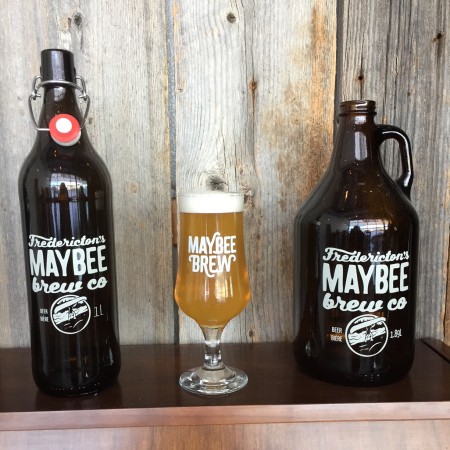 M is for Mosaic (4.7% abv, 8 IBU) is a SMaSH (single malt and single hop) dry-hopped kettle sour that was the 200th batch of beer brewed at Maybee. It’s described as follows:

Brewed using 100% German Pilsner malt, along with 100% Mosaic hops from the American North West. This batch was kettle-soured using a pure Lactobacillis Plantarum culture, and later fermented with an English ale yeast during primary fermentation. [Flavours of] orange, tangerine, lemon and passionfruit along with a blast of acidity. This beer is similar to the result of a dry hopped Pilsner deciding to procreate with a lemonade.

M is for Mosaic is available now at Maybee Brew Co. and select tap accounts in New Brunswick.