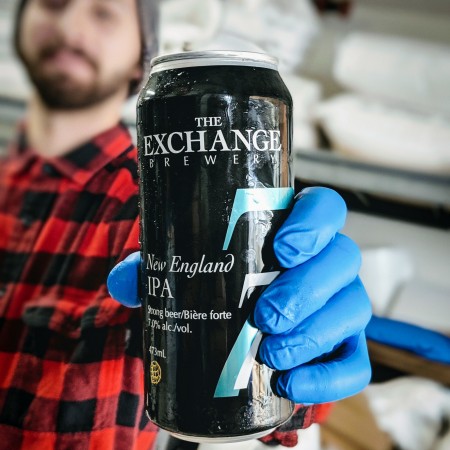 NIAGARA-ON-THE-LAKE, ON – The Exchange Brewery has announced that another of its beers is now available via LCBO stores.

New England IPA (7% abv) was first released at the brewery taproom early last year, and is described as follows:

The Exchange’s New England IPA is moderately hazy and offers a burst of peach and tropical fruits (pineapple and mango), backed with an assertive hoppy bitterness and balanced with a medium silky mouthfeel. Haze and juicy flavours of sweet orange, with a clean finish.

The Exchange New England IPA is available in 473 ml cans starting this week, and will be distributed year-round via LCBO outlets throughout Ontario.