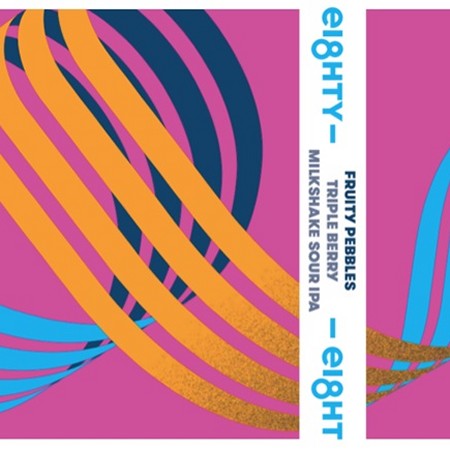 CALGARY, AB – Eighty-Eight Brewing has announced that one of its most popular early pilot beers is returning this week in a wider release.

Fruity Pebbles is described as a “Triple Berry Milkshake Sour IPA with Blackberry, Raspberry, and Blueberry puree as well as milk sugar (lactose)… it needs to be tasted to be believed, but we assure you it is freaking delish!”

Fruity Pebbles will be released tomorrow (February 6th) in a limited run of 650 ml bomber bottles that will be available at the brewery and select liquor stores while supplies last.