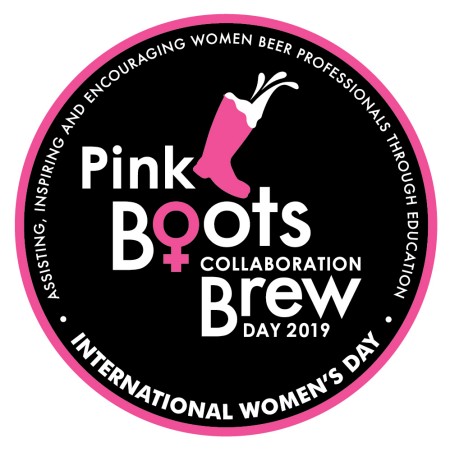 TORONTO & WHITBY, ON – The Toronto Chapter of the Pink Boots Society (PBS) – an international organization that brings together women who work in the beer industry – has announced details for its event marking the 2019 edition of the Pink Boots Collaboration Brew Day.

Taking place as always on International Women’s Day – Friday March 8th – this year’s Brew Day will take place at Little Beasts Brewing in Whitby, a community in the eastern region of the Greater Toronto Area. Led by Little Beasts co-founder and brewer Erin Broadfoot, the team will be brewing a beer with the following specifications:

The yet-to-be-named brew promises to be delicious. It uses the official PBS hop blend designed in partnership with Yakima Chief Hops especially for this Day. The 2019 blend was the result of a hop rub by an international group of PBS members at the 2018 annual fall meeting. They selected a unique blend that includes Sabro & Loral varieties, created by Calgary PBS member and head brewer at Last Best Brewing and Distilling, Natasha Peiskar. Local Members from Escarpment Laboratories of Ontario have donated yeast for the brew; a new popular farmhouse yeast strain from Norway called Kveik.

In addition to PBS members, beer lovers of all genders are welcome to visit Little Beasts during the event. For more details, see the Pink Boots Society Toronto Chapter Facebook page.