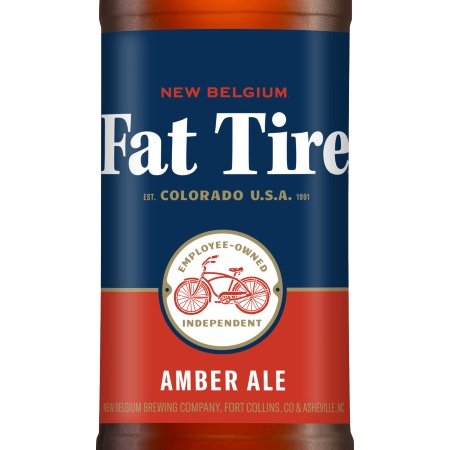 TORONTO, ON – Steam Whistle Brewing has announced that it has entered into an agreement with Colorado’s New Belgium Brewing to brew and distribute New Belgium’s iconic flagship brand for the Canadian market.

Fat Tire is made with House Ale Yeast, Willamette, Goldings and Nugget hops and Pale, C-80, Munich and Victory malts. Hailed as an easy-drinking beer that is clear and bright with white lacing, it has aromas of sweet biscuit and caramel malts with hints of fresh fennel and green apple and a flavour described as a perfect balance of hops and malt.

“New Belgium is known for their beers of exceptional quality and is widely regarded as one of the most sustainable breweries in the U.S.,” says Tim McLaughlin, Vice-President of Marketing at Steam Whistle, in a statement. “At Steam Whistle, we take environmental conservation very seriously throughout every aspect of our operation. It is a natural partnership for us to bring Fat Tire to Canada.”

“We spent over two years meeting with potential partners throughout Canada, searching for the right fit,” adds Rich Rush, New Belgium’s East Coast and Canada Sales Director. “After meeting the Steam Whistle crew and seeing how they operate, we knew immediately that this was a match made in heaven.”

Fat Tire will be produced at Steam Whistle’s second facility in Etobicoke, which opened last year to brew Von Bugle Munich Lager. It will be available this April at beer retailers and licensees across Canada.