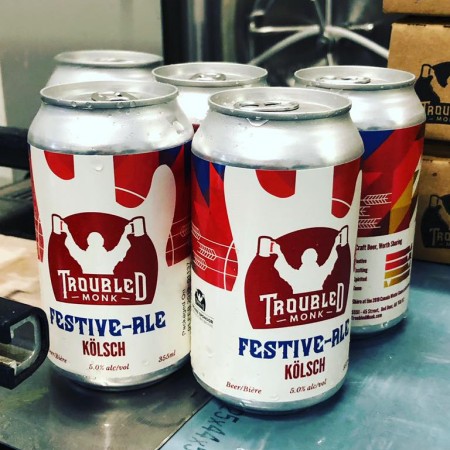 RED DEER, AB – Troubled Monk Brewery has announced the release of the official beer for the 2019 edition of the Canada Winter Games, taking place later this month in Red Deer.

Festive-Ale Kolsch (5% abv) is described by Troubled Monk co-founder Charlie Bredo as “a clean, crisp, really subtle, but flavourful beer, and it’s great for people new to craft beer or for those who like craft beer.”

Festive-Ale Kolsch launched last week and is available now in six-packs of 355 ml cans at Troubled Monk and select beer retailers in Alberta. It will remain available up to and during the Canada Winter Games, which will run from February 15th to March 3rd at venues throughout Red Deer.