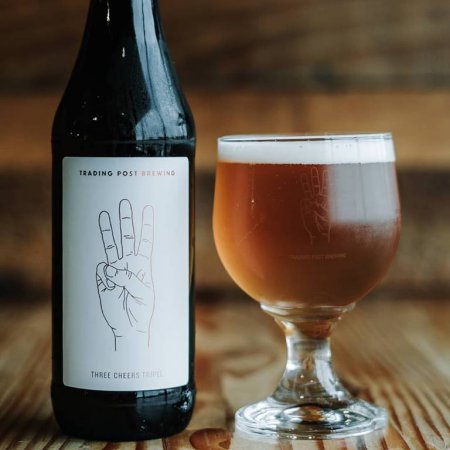 ABBOTSFORD, BC – Trading Post Brewing has announced that it is marking its third anniversary with the release of a limited edition beer this weekend.

Three Cheers Tripel (8% abv) is described as a “strong & complex Belgian style beer [that] features a medium spiciness and a fruity aroma with notes of coriander, sweet orange and anise.”

Three Cheers Tripel will be released tomorrow (February 9th) during the Three Year Birthday Bash running from 12:00 noon to 8:00 PM at the Trading Post brewery in Abbotsford, featuring food, live music, tours, and more. It will also be part of a Trading Post tap takeover at Darby’s Gastown in Vancouver tomorrow evening.