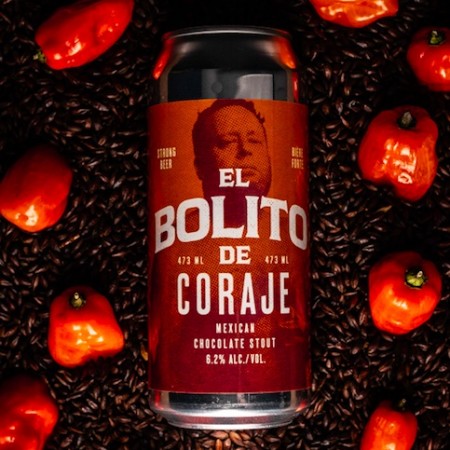 CHARLOTTETOWN, PE – PEI Brewing has announced the release of a new beer inspired by a local restaurateur.

El Bolito de Coraje – Spanish for Little Ball of Courage – is the perfect way to describe Mike. This Mexican Chocolate Stout is brewed with organic cacao nibs, cinnamon, and a blend of spicy peppers to add complexity. Not overly spicy, the peppers take the back seat to let the other ingredients shine through.

El Bolito de Coraje will debut next Monday February 18th in 473 ml cans and on tap at the PEI Brewing taproom, and will also be available that day at HopYard locations in Charlottetown and Halifax. The Gahan House brewpubs in Fredericton and Saint John will also have it available as of Friday February 22nd.