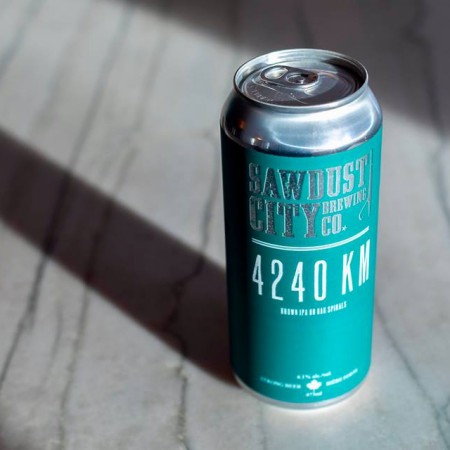 GRAVENHURST, ON – Sawdust City Brewing has announced a collaboration with Vancouver’s Bomber Brewing as its seventh of 52 weekly beer releases in 2019.

4240 KM Brown IPA (6.1% abv, 58 IBU) is named after the distance between the two breweries, and is described as follows:

A throwback collaboration brew, this rich brown ale will bring you back to the craft beers you fell in love with years ago. Big malt backbone with lots of roasted, caramel malts. Behind those malts is a wallop of North American hops. Dank and resinous, this ale will remind you of days gone by. Finished off with a touch of American oak to round out the flavour, this ale has a bit of everything.