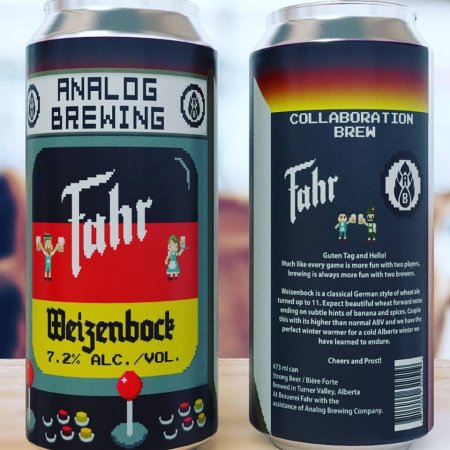 Weizenbock (7.2% abv) sticks to the Fahr tradition of brewing classic German beer styles, and is described as “smooth and refreshing as you know our beers to be [with] bubblegum/banana flavors [that] are quite nicely balanced with a green tea flavour coming from late addition Mittelfrüh hops.”

Weizenbock will be available next week in the Fahr taproom, with cans and kegs available via Alberta’s Liquor Connect distributor the week of February 25th.