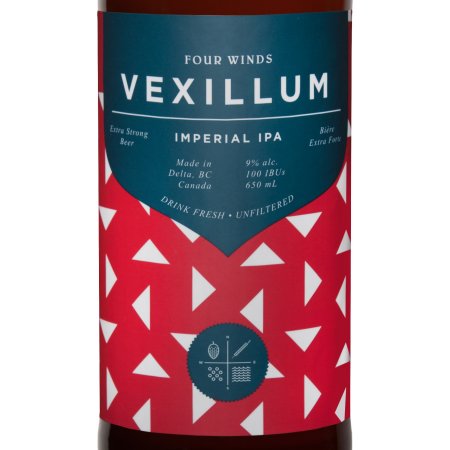 DELTA, BC – Four Winds Brewing has announced the return of an often-requested seasonal beer.

Vexillum Imperial IPA (9% abv, 100 IBU) is part of the brewery’s Zephyrus Series of “bold and unique ales inspired by the hop-forward brews of our native West Coast.” It’s described as follows:

Vexillum is an ancient Imperial Roman symbol for strength and nobility. This intensely hoppy IPA reveals notes of grapefruit and melon while finishing bitter, yet affably balanced.

Vexillum is available now at Four Winds in 650 ml bottles and on tap by the glass. Bottles will also be available at select private liquor stores in British Columbia next week.