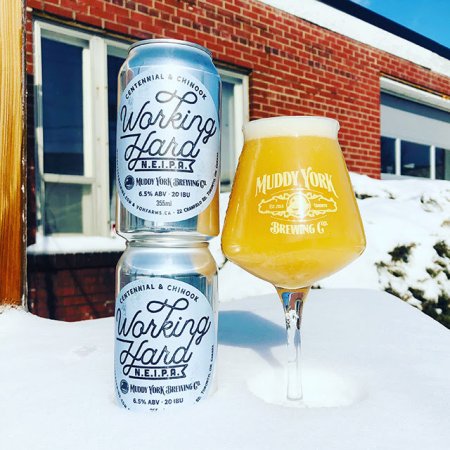 TORONTO, ON – Muddy York Brewing has announced the arrival of a new “baby sister” to a previous release, as well as the return of one of the brewery’s earliest limited edition beers.

Working Hard NEIPA (6.5% abv, 20 IBU) is a variation of Working Twice as Hard DIPA – a collaboration with Ren Navarro of Beer. Diversity. – and is described as a “tropical juice bomb [that] is thick and hazy with notes of peach, apricot, mango, and passionfruit.”

Ward 1: Cascade Pale Ale (5.4% abv, 20 IBU) is a re-release of the beer that kicked off the Wards series of single hop pale ales back in 2015. It’s described as “floral, with mild citrus notes,” and “crisp and clean, with a dry finish.”

Both beers are available now on tap and in 355 ml cans at Muddy York.