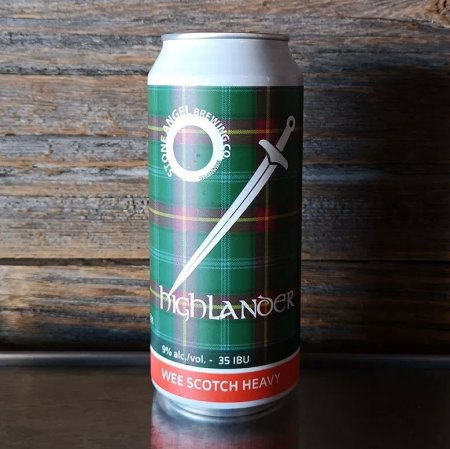 A rich, malty Scottish beer with notes of toffee, burnt caramel and honey. Warming but not boozy, this full flavoured beer is very approachable despite its higher ABV. Manitoba has a strong Scottish tradition, with the first Highland Regiment in Western Canada raised in Winnipeg – the 79th Cameron Highlanders of Canada. And the tartan on the can? It’s the official Manitoba Tartan!

Highlander will be released tomorrow (February 16th) in cans and on tap at Stone Angel.