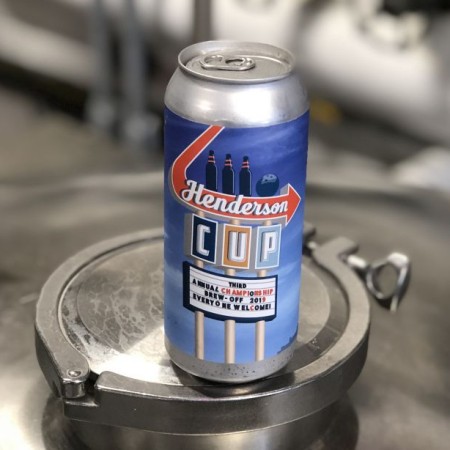 TORONTO, ON – Henderson Brewing has announced details of the latest in its Ides Series of monthly limited edition beers, which this month also serves as the third in its annual series of homebrewer collaborations.

The Henderson Cup is a yearly homebrewing competition sponsored by the brewery, with a grand prize of $1000 and the opportunity to brew a commercial beer with the Henderson team.

The winner of the latest competition was Marcelo Paniza, who designed a Traditional Bock (6.8% abv, 22 IBU) described as follows:

The Ides of February: Henderson Cup 2019 was released last Friday February 15th at Henderson, and will be available there in cans and on tap while supplies last.