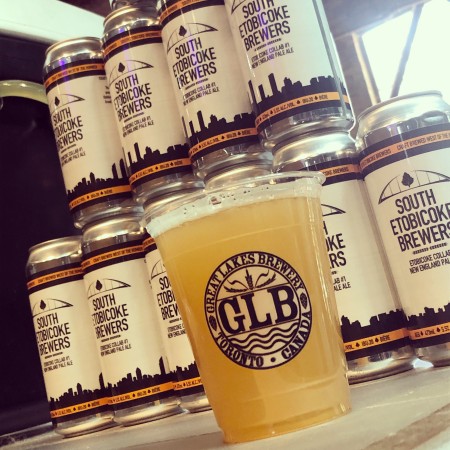 TORONTO, ON – South Etobicoke Brewers, a collective of five breweries in the namesake neighbourhood in Toronto’s west end, have announced details of an upcoming event and beer release.

The Etobicoke Brewery Tour will be taking place on Saturday February 23rd, with the $30 ticket covering bus transportation between the five member breweries – Big Rock, Black Oak, Indie Alehouse, Great Lakes, and Von Bugle – as well as a tour and beer at each stop. The tour will start at Great Lakes at 3:00 PM, and finish at 7:00 PM with an afterparty at Big Rock.

Also set for this weekend is the release of Etobicoke Collab #1: New England Pale Ale (5.5% abv, 20 IBU). A limited number of cans will be available on Friday February 22nd in the Great Lakes retail store, and it will also be pouring at the tour afterparty on Saturday.