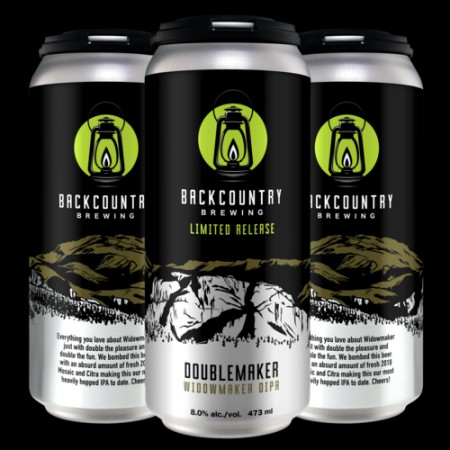 SQUAMISH, BC – Backcountry Brewing has announced the upcoming release of an amped up version of its signature beers.

Doublemaker (8% abv, 40 IBU) is a Double IPA variant on Widowmaker IPA, and is described as follows:

Everything you love about Widowmaker just with double the pleasure and double the fun. We bombed this beer with an absurd amount of fresh 2018 Mosaic and Citra, making this our most heavily hopped IPA to date.

Doublemaker will be released next Wednesday February 27th in 4×473 ml cans available exclusively at Backcountry while supplies last.