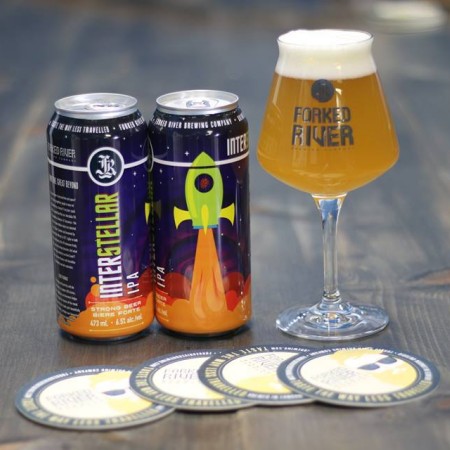 LONDON, ON – Forked River Brewing has announced the release of a new addition to its core brand line-up.

Can a great beer transcend time and space? Can it bring together people in ways not explainable by science? If any beer could do that, it would be this one. Interstellar IPA was created in honour of ‘Oumuamua – the very first interstellar object ever detected in our Solar System and discovered by Londoner Rob Weryk in 2017. Lighter in both colour and body, this IPA show cases fruity, dank, and citrus characteristics.

Interstellar is available now in 473 ml cans at the Forked River retail shop and online store. It will also be available at select LCBO stores as a spring seasonal release for a limited time.