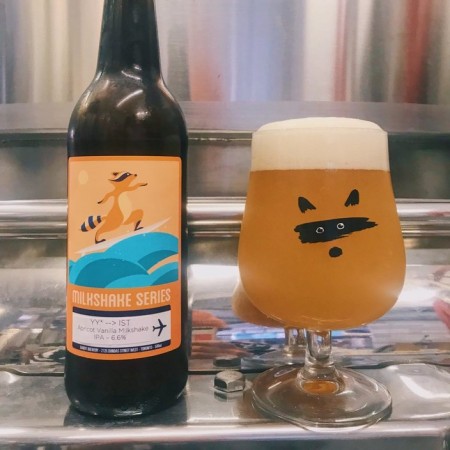 We’ve decided to highlight the sweeter characteristics of spricot in order to create our first Milkshake beer of the year, a moderately sweet, well-rounded, slightly spicy IPA with a subtle, yet lasting, velvety mouthfeel. We conditioned the beer on Madagascar Bourbon vanilla beans, which provide the beer with a rich and almost silky flavour and aroma. To balance things out, this beer was heavily dry-hopped with Galaxy and Vic Secret, which give this beer aromas of citrus (grapefruit), herbs, and spice. The resulting beer is a refreshing, lightly sweet, creamy IPA.

YY*→IST is available now on tap and in bottles at Bandit while supplies last.