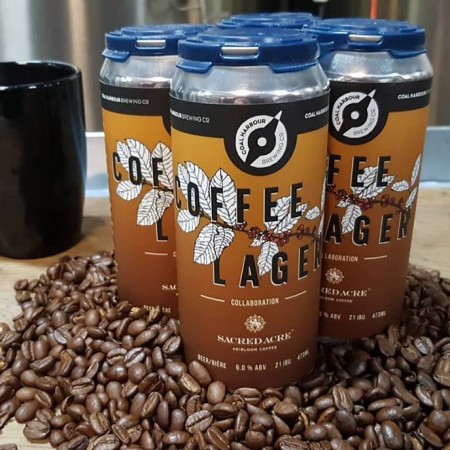 VANCOUVER, BC – Coal Harbour Brewing has announced the release of a new limited edition beer brewed in collaboration with Sacred Acre Coffee.

The simply named Coffee Lager (6% abv) is described as follows:

This isn’t your average coffee lager. We used nearly the entire coffee plant! Cascara [and] coffee leaves were used as well as whole coffee beans to add some figgy, herbally, almost tobacco-y like notes that blend deliciously with the subtle “coffee” flavours.

Coffee Lager was launched over the weekend at the Hopwired beer and coffee festival, and is now available at Coal Harbour and select private liquor stores.