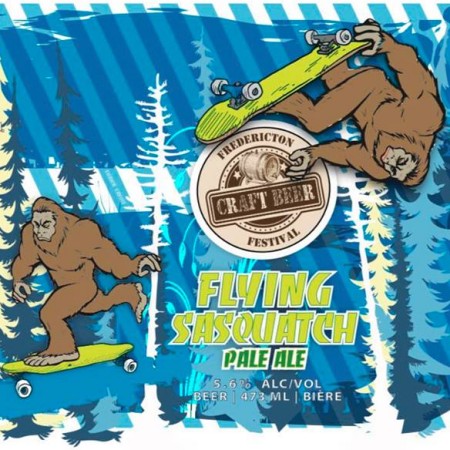 FREDERICTON, NB – The Fredericton Craft Beer Festival has announced the release of an official beer for its upcoming 2019 edition.

Flying Sasquatch is available now in 473 ml cans at select ANBL stores, and will be featured at ANBL growler stations starting Thursday February 28th. An official launch for the beer will take place on Friday March 1st at Maxwell’s Restaurant & Bar.