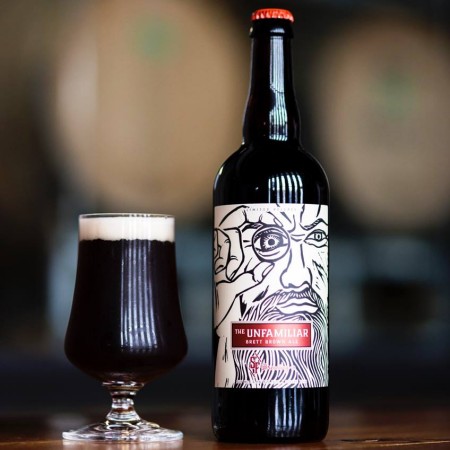 VANCOUVER, BC – Strange Fellows Brewing has announced the release of a new beer that is based on another of its seasonal beers.

The Unfamiliar Brett Brown Ale (6.8% abv) is described as follows:

The idea for this beer began with our seasonal English Brown Ale, The Familiar. By increasing the overall strength of this beer and barrel aging with a particular Brettanomyces culture we think we’ve created a complex and flavourfully rich beer similar to a Flemish Oud Bruin but with only a hint of sourness. The underlying character is reminiscent of cherries, dried figs, and light chocolate.

The Unfamiliar is available now at Strange Fellows and select private liquor stores while supplies last.