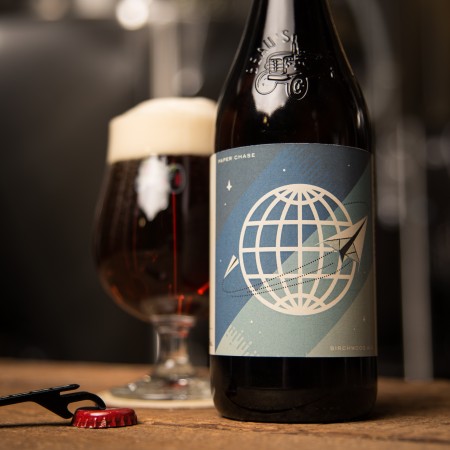 VANKLEEK HILL, ON – Beau’s All Natural Brewing is concluding the 2019 edition of FeBREWary – a month of weekly beer launches and related events – with the latest release in its Wild Oats series of limited edition beers.

Paper Chase pours copper with a light haze and white foam. The aroma consists of caramel, dried fruit and baking spice. The birch asserts itself in the flavour offering firm tannins and impressions of sandalwood. The finish is long with lingering caramel sweetness.

Paper Chase will be available starting tomorrow (February 28th) in 600 ml bottles at the Beau’s retail store and taproom, and on tap at over 300 bars and pubs across Ontario, Quebec, and Manitoba.

For more details, see the FeBREWary page on the Beau’s website.