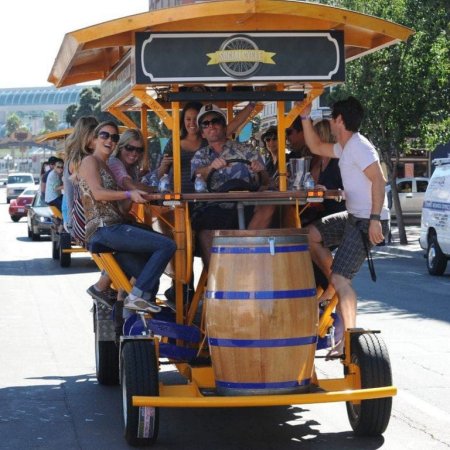 VANCOUVER, BC – Canadian Craft Tours has announced that it will soon be expanding its portfolio of brewery tours in Western Canada to include tours on multi-passenger beer bikes.

Custom-made in Europe and set to arrive in mid-March, the unique vehicles can accommodate up to 15 riders sitting in a bar-style configuration.

Similar to the company’s bus tours, the beer bike tours will be led by a knowledgeable local guide, and will include stops at three breweries for tastings and behind the scenes tours.

The first Canadian Craft Tours Beer Bike tours will be taking place in North Vancouver/Port Moody starting in early April, with plans to expand to other cities including Calgary, Victoria, and Kewlona soon afterwards.