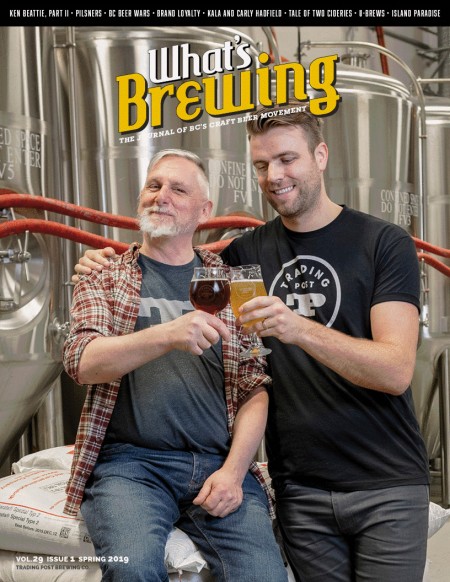 VANCOUVER, BC – The Spring 2019 issue of What’s Brewing – a quarterly publication subtitled “The Journal of BC’s Craft Beer Movement” – is now available.

Contents of the issue include a cover feature on Trading Post Brewing and its brewmaster Tony Dewald; tasting panel reviews of Pilsners; the second part of a profile of BC Craft Brewers Guild Executive Director Ken Beattie; and much more.

The new issue of What’s Brewing can be read online via the Issuu e-magazine platform, or downloaded as a PDF for offline reading. A limited number of printed copies are available via subscription, and at breweries and other beer establishments throughout British Columbia.