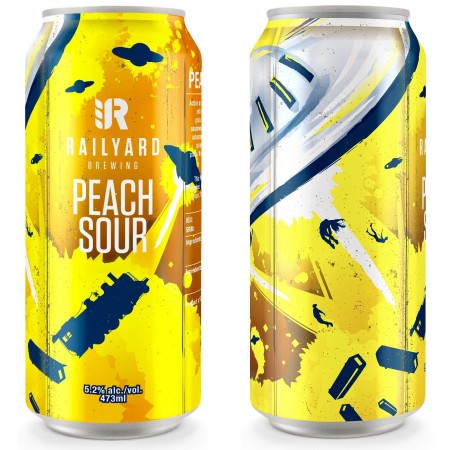 CALGARY, AB – Railyard Brewing has announced a new addition to its line-up of canned beers.

Peach Sour (5.2% abv, 15 IBU) is described as an “easy drinking sour [with] just enough peach citrus and some lactose to make it seem like you’re drinking a sour candy.”

473 ml cans of Peach Sour will be available soon at the Railyard retail store.