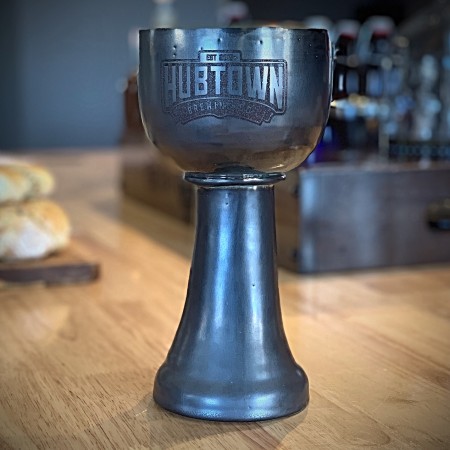 OKOTOKS, AB – A brewery currently under construction in Okotoks, a town in the Calgary Region of Alberta, has announced release details for its first beer.

Hub Town Brewing will be entering the market with 1882 Okotoks Golden Ale (5.2% abv), which is described as follows:

A beer style known for being approachable, smooth, and utterly refreshing, 1882 Okotoks Golden Ale is no different. Not bitter or malty, but instead a classic, easy drinking style that won’t disappoint when it fills your senses with sweet, fruity, aromas, this beer was created to remind you that although “WINTER IS HERE,” spring is right around the corner.

The emphasis on “WINTER IS HERE” in the description is intentional, as not only will the beer be launched on April 14th – the premiere date of the final season of Game of Thrones – but it also be available exclusively at John Henry’s Pub (235 Milligan Drive, Okotoks) for the six weeks of the GoT season, and nowhere else until the Hub Town brewery and taproom opens later this year.

To promote the launch, Hub Town will also be selling 50 commemorative branded chalices via its website, with chalice-holders given advance RSVP access to the weekly screenings of Game of Thrones at John Henry’s, as well as entry to future Hub Town events.

For more details on the 1882 Okotoks beer release and chalice promotion, see the full announcement on the Hub Town Brewing website.