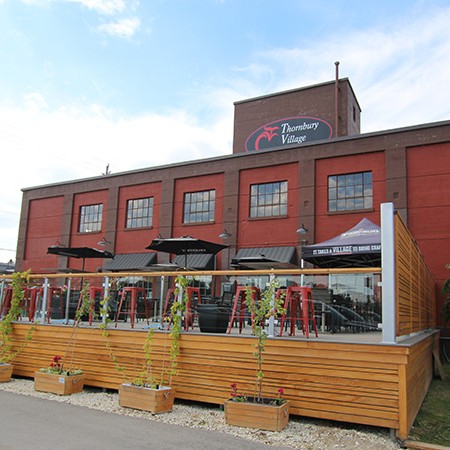 THORNBURY, ON – Thornbury Village Cider House & Brewery has announced that the long-planned consolidation of its cider and beer production into a single location will proceed this year, pending municipal approval for the expansion of its primary facility in Thornbury.

Currently, the Thornbury Village cider brands and small batches of beer are produced in the company’s namesake community, while full-scale beer production takes place in a facility 120 km southeast in Nobleton.

This split is due to the fact that the cider and beer lines were previously separate companies – Peeler Cider and King Brewery – that were both purchased by Provincial Beverages of Canada, and then merged under the Thornbury brand name in 2015.

Plans to move brewing operations to the Thornbury location were mentioned at the time of the merger, and were reiterated when Colio Estate Wines purchased the company in 2016. Some renovations of the Thornbury facility took place a year later, but moving the brewery from Nobleton will require a 6,000 square foot expansion that needs to be approved by the council of The Blue Mountains, the town that encompasses Thornbury.

Assuming the plans are approved, the company hopes to break ground on the expansion in June, and be brewing all of its beer on-site by the end of the year.