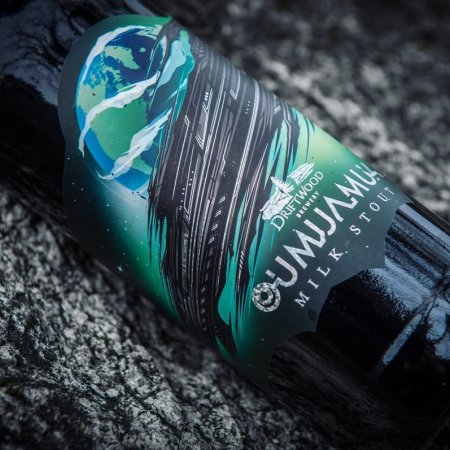 VICTORIA, BC – Driftwood Brewery has announced the return of an “interstellar seasonal” beer.

Oumuamua Milk Stout (6.3% abv) is named after the first interstellar object to be detected in our Solar System, and is described as follows:

This milk stout, also know as sweet or cream stout, is black in color and brewed with cara, chocolate and roasted barley. Presenting a dominate malt sweetness with notes of chocolate, caramel and a hint of roast in the aroma and on the palate. Lactose sugar deepens and rounds out the pleasing rich malt and medium body of this unforeseen galactic visitor!

Oumuamua is available now at the Driftwood retail store and select liquor stores in British Columbia while supplies last.