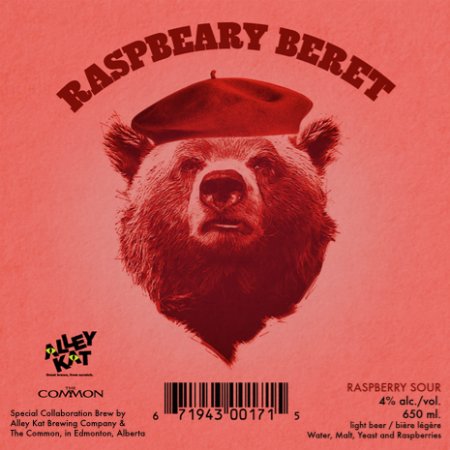 EDMONTON, AB – Alley Kat Brewing has announced details of two new beers that are being released later this week.

RaspBeary Beret (4% abv) is a sour ale brewed in collaboration with local restaurant The Common, and is described as follows:

Since it’s not quite patio season, we went with a maltier sour with more body that what a typical sour offers. We fermented it on a layer of raspberries to provide that raspberry fruitiness that’ll help balance the subtle caramel malt character… this’ll shake any bear out of hibernation! 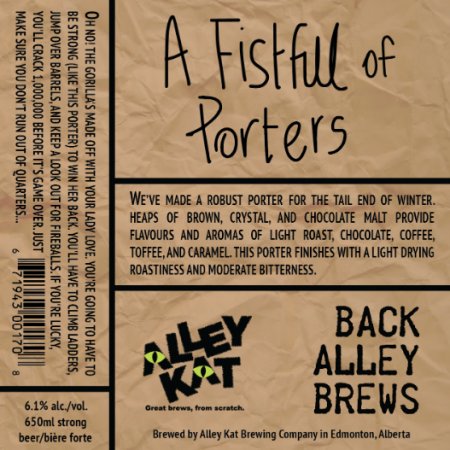 A Fistful of Porters (6.1%) is the latest in the brewery’s Back Alley Brews series of limited edition beers, and has the following notes:

This robust porter has heaps of brown, crystal, and chocolate malt to provide the satisfying flavours of coffee, caramel, a hint of chocolate, and roasty toasty notes to keep you warm inside and out!

Both beers will be released tomorrow (March 7th), and will be available at the Alley Kat brewery store and select liquor stores and bars in Alberta while supplies last.