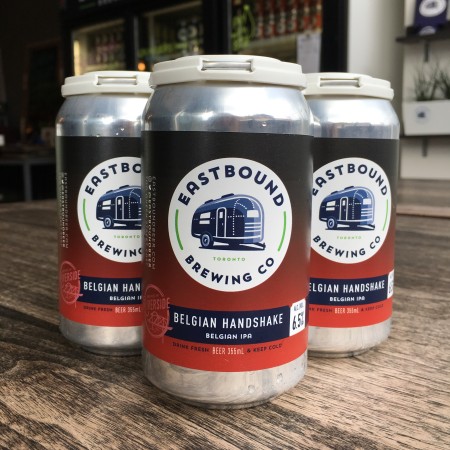 TORONTO, ON – Eastbound Brewing has announced the release of a new limited edition beer, as well as the launch of its online beer shop.

Take your IPA game to the next level with a little Belgian funk and buckets and buckets of hops. Belgian Handshake is an aggressively dry hopped IPA fermented with Belgian Abbey yeast to bring out the spice to balance nicely with the juicy hop aroma. With Amarillo and Azacca hops bringing the intense tropical and citrus flavours, the Abbey yeast compliments them with a hit of pepper and clove to round it out.

Belgian Handshake is now available on draught at the Eastbound taproom, and in 355 ml cans in the brewery retail store and new online shop – orders limited to Ontario residents of legal age – alongside a wide variety of other Eastbound brands.