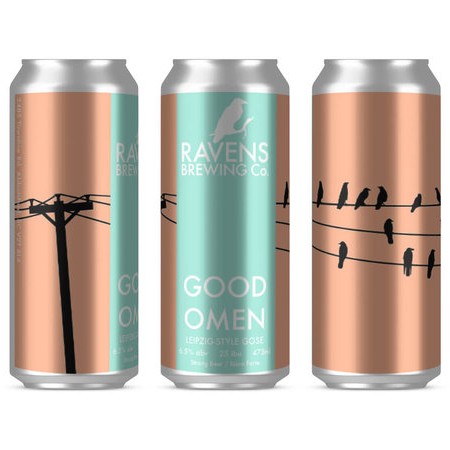 ABBOTSFORD, BC – Ravens Brewing has announced the release of a stripped-back variant of one of its popular year-round brands.

Taking inspiration from our modern, award-winning Corvus Lingonberry Lime Gose, we decided to go back to basics and create a traditional Leipzig-style Gose. This sour wheat beer features coriander and pink Himalayan salt, which give it that signature Gose character. A bright, citrus aroma along with flavours of citrus balanced with a pleasant sourness and a mild salinity that adds a beautiful sparkle to the mouthfeel. A little sunshine in the glass.

Good Omen will be available soon in 4-packs of 473 ml cans and on draught while supplies last.