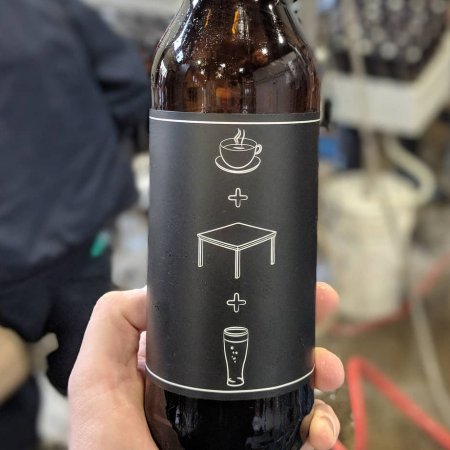 SURREY, BC – Russell Brewing has announced the release of a new collaboration with Roasti Coffee.

Coffee Table Beer (3.5% abv, 20 IBU) is a coffee-infused variant on the Belgian Table Beer that Russell released last month in support of Mind The Bar. It’s described as follows:

A Belgian Table Beer brewed with Spelt and a healthy amount of flaked wheat. Hopped with Saaz and fermented with Belgian Trappist yeast. Conditioned on Castillo beans, which come from a nano-lot farmed by Leonardo Triana in the San Gil region of Sanatander, Colombia. This slow-fermented coffee is lightly roasted to accentuate powerful notes of fresh strawberry and milk chocolate.

Coffee Table Beer is available in 650 ml bottles and will be distributed to select retail stores in British Columbia and Alberta.