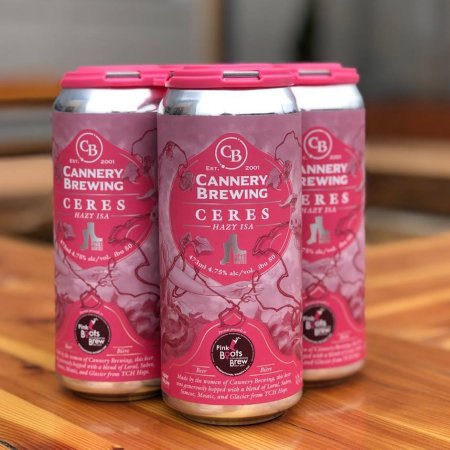 PENTICTON, BC – Cannery Brewing has announced the release of a new limited edition beer created by the women of the brewery in support of the Pink Boots Society.

Ceres (4.75% abv, 50 IBU) is a hazy India Session Ale that was “generously hopped with a blend of Loral, Sabro, Simcoe, Mosaic, and Glacier from YCH Hops.”

Named after the ancient Roman goddess of agriculture, grain crops, fertility and motherly relationships, Ceres was released last Friday March 8th for International Women’s Day, and is available in 4-packs of 473 ml cans at Cannery and select retailers in British Columbia and Alberta.

Partial proceeds from sales will be donated to the Pink Boots Society for its work assisting women beer professionals through education.