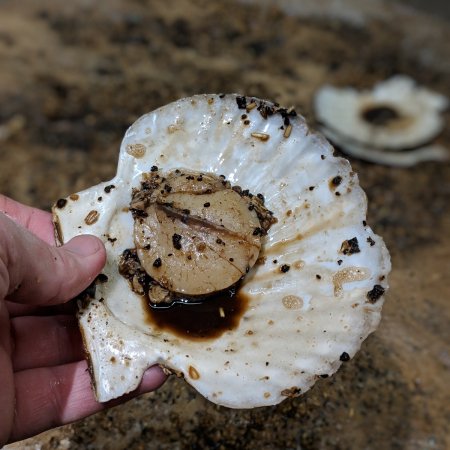 PRINCE RUPERT, BC – Wheelhouse Brewing has announced the release of “a truly unique North Coast brew” developed in collaboration with Coastal Shellfish.

As described by Wheelhouse co-owner and brewer Craig Outhet:

Using these local scallops is an exciting challenge. The calcium from the shells adds some minerality to the brew that really plays well with the roasted malts that are used in a stout. It mellows out the sharpness of the roast in the same way cream can mellow out the bitterness in a cup of coffee. The brine from the rest of the scallop adds a creamy savouriness to the beer.

Great Bear Scallop Stout is a draught-only release, and will be on tap at Wheelhouse later this week, just in time for St. Patrick’s Day weekend.